OCR Group of Companies has recently hosted an Awards Appreciation Night, inviting the management team, suppliers, buyers, media, as well as the public to celebrate.

With a gross development value (“GDV”) of RM147 million, Flexus @ Jalan Kuching is a freehold signature suite comprising 286 units that range from 451 sq.ft. to 981 sq.ft.

It entails 20 storeys of retail and signature suites, with facilities such as a fully-equipped Fitness Area, Swimming Pool, Pool Terrace linked with a spa, Changing Rooms, and Multi-Purpose Function Hall/Meeting Rooms. One of its unique selling points is the rooftop landscape garden that adds an element of nature and a sky lounge that offers the KL cityscape as a panoramic backdrop.

The starting price of a Flexus unit stands at RM467,920. The project is located at a prime area, with its potential value appreciation expected to be driven by its strategic location – surrounded by various mega projects such as KL Metropolis, seamless accessibility and convenient amenities around the mature neighbourhood.

“2016/2017 was a remarkable year for OCR. The Company has generated high returns for investors in the year-to-date period and has potential to exceed expectations next year. Besides that, we are thrilled with the awards that have been awarded to us in these 2 years,” OCR Managing Director Billy Ong Kah Hoe.

“I would like to also extend my deepest appreciation to the people, whose unwavering support has brought OCR to where it is today. Moving forward, OCR holds many promising prospects, with significant earnings visibility in the coming financial year. The Group had recently launched a new project, namely Isola @ KLCC, which has a take-up rate of 80%. With our steadfast strategy for capturing opportunities, we are confident that the continuous growth will take the Company to greater heights,” Ong added. 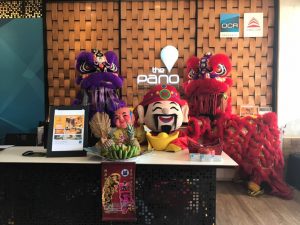 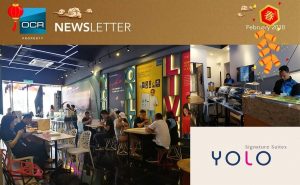